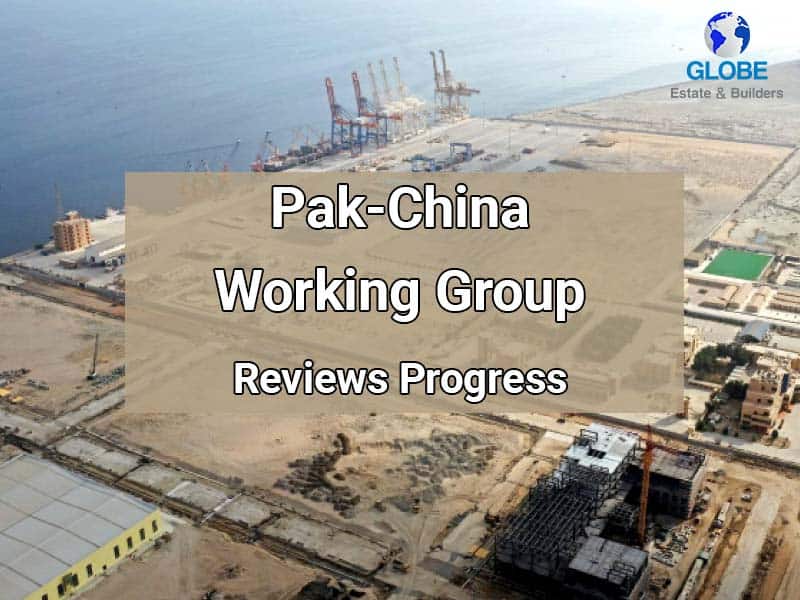 At the second meeting of the Joint Working Group (JWG) on Socio-economic Growth under the China-Pakistan Economic Corridor (CPEC) system, progress on projects under the Chinese grant of $1 billion was addressed and reviewed.

The two sides shared their satisfaction with the progress made on the JWG in the areas of agriculture, education, health, poverty alleviation, and vocational training.

During the Covid-19 pandemic, Pakistani officials welcomed China’s support for improving socio-economic conditions and accepted its assistance. It was stressed that the vision of the two leaderships was focused on the socio-economic partnership between the two countries.

Progress on fast-track and priority programs was discussed by the meeting. In addition to the drinking water supply for Azad Jammu and Kashmir and K-P, initiatives like agricultural technology labs, the provision of equipment and resources and demonstration stations in the agriculture sector, smart classrooms and overseas student scholarships in the education sector, vocational school equipment, and solarization in Balochistan have been checked.

In addition to the latest property news, the Pak-China Friendship Hospital, the Vocational Technical School and the Gwadar desalination plant projects were also addressed. It was emphasized that according to negotiated deadlines, the existing programs should be enforced. In addition, the Pakistani side explored with the Chinese side a poverty alleviation study initiative and decided to benefit from the Chinese experience. Chinese officials noted Pakistan’s level of readiness and contribution to early project execution and recognized the level of cooperation of the Ministry of Planning, Development and Special Initiatives.

The Pakistani side, including a cooperation project with Pak-Austria Fachhochschule Institute of Applied Sciences and Technology in KP and Punjab Tianjin University of Technology, emphasized expediting technical education initiatives. It was also proposed that Burn Center programs should be set up as a priority in all provinces and regions. In addition, the Pakistani side also discussed the research project on poverty alleviation with the Chinese side and wanted to benefit from Chinese experience in this area.

The Chinese side appreciated the Government of Pakistan’s level of readiness and contribution to the early completion of the projects and recognized the level of cooperation offered by the Ministry of Planning, Development and Special Initiatives.

The planning secretary also recommended conducting monthly summary sessions to speed up the execution of the framework projects. Implementation was also discussed in the COVID situation.

The decision to draft documents for signing as deliverables of the upcoming 10th JCC ended the conference. It was also agreed to schedule proposals for Phase 3 and the Chinese side was invited to send their experts to execute priority projects.

The JCC decided that after approval of the PC-Is, including Swat Express Way Phase-II and Peshawar-D I Khan Motorway, new schemes will be considered in the next JWG.

The second meeting of the Joint Working Group was jointly chaired by the Ministers of Agriculture of Pakistan and China to further strengthen collaboration in the field of agriculture.

According to the Agriculture and Rural Affairs of China website, during the meeting held in video format, the two parties exchanged views on further deepening cooperation in agriculture, defining the next targets for cooperation, and signing the minutes of the meeting.

The meeting also agreed to improve cooperation in the fields of development, investment, and trade and to jointly enforce the Memorandum of Understanding on Enhancing Cooperation in the Prevention and Control of Plant Diseases and Insect Pests and to vigorously support the construction in Pakistan of a sustainable center for the control of plant pests.

It may be noted here that under a Memorandum of Understanding signed between the two countries during the recent visit of President Dr. Arif Alvi to China, Pakistan and China decided to jointly set up a center to tackle the threat of locusts in Pakistan.

Comprehensive coordination on plant safety, including surveillance and early notice, demonstration, mutual understanding of requirements, preparation of staff, and emergency response, will be carried out by the two countries.

Pakistan To Build The World’s Largest Salt Refinery In Balochistan