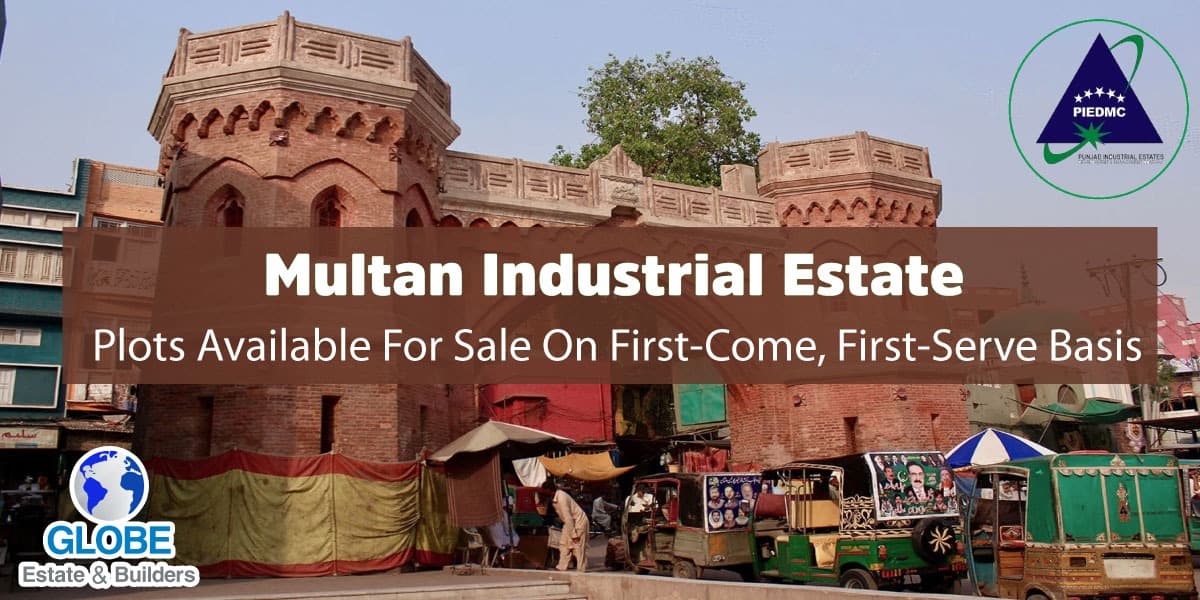 The Punjab Industrial Estate Development Management Company (PIEDMC) recently confirmed the availability of commercial properties on a first-come and first-serve basis in the Multan Industrial Estate, through a notification in a regular newspaper.

Multan Industrial Estate is a small residential community situated in central Pakistan’s Multan City neighborhood. With the number of residents not exceeding 5,000 people, it is quite a small place. The neighborhood has large manufacturing fields, with primarily warehouses and warehousing facilities. Among the companies that have warehouse facilities at Industrial Estate Multan are Aziz Group, Suzuki, Kolson, etc.

The Provincial Government obtained permission in 1960 for the development of an Industrial Estate in the south of Punjab and purchased 1410 acres of land for this purpose. However, it was agreed by the Government of Punjab to build it into two phases.

It is located approximately 17 km south-west of Multan City, adjacent to Phase-I. Phase-II occupies an area of 667 acres with 349 parcels.

The Multan Industrial Estate is headed by a private sector management board representing separate industrial segments of the estate and the rest representing the government.

350 companies are now functional in the industrial estate, according to the information shared in the publication, and it is the ideal chance for people to see their businesses expand. The following amenities will be available inside the estate in order to improve the footfall in the area:

Phase I, consisting of 743 acres, was developed and completed in the 1980s, while 667 acres were eventually intended to be developed as phase II. For a term of 99 years, all plots in phase I were leased out to industrialists and some Govt. institutions bodies.

In 2004, in order to restart economic activity, the Government of Punjab (GoP) officially handed over MIE to the Punjab Industrial Estates. A total of Rs. 100 million was allotted by the GoP to upgrade the system and PIEDMC donated the same amount.

Encouraged by the reaction to Phase I upgradation work, PIEDMC was given the mission of Phase II infrastructure improvement work in September 2006.

Small to medium-sized entrepreneurs were based, so most plots are between ½ acres and 2 acres in size. There are several larger plots, though to accommodate major industrialists as well.

Additionally, some of the distinctive characteristics of these plots include:

PIEDMC, established under the Companies Ordinance 1984, is a section 42 corporation. PIEDMC is an independent, non-profit-making company owned by the Government of Punjab and managed by a Board of Directors (BOD) composed of industrialists and ex-officio members of the private sector. A good example of a public-private partnership is PIEDMC.

The Punjab Industrial Estates Production & Management Company (PIEDMC) was established in the province of Punjab with the vision of fostering industrialization. In order to grow industrial property in every district of the Punjab Province, PIEDMC follows a self-supporting model.