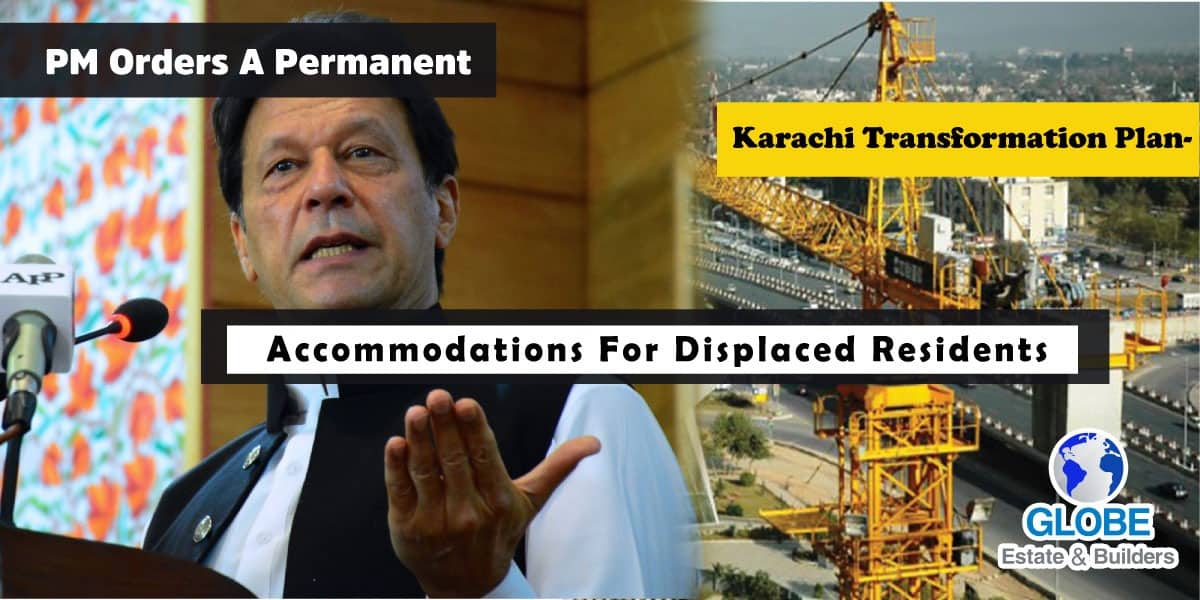 The premier chaired a high-level meeting in Islamabad on 26th November 2020 for the Karachi Transformation Plan. The meeting explained us that under the Karachi Transformation Program, more than 100 projects have been planned that will be completed at a cost of 1.117 trillion rupees. In terms of execution, these projects have been broken into three phases.

The Prime Minister said that both the federal and regional governments will contribute to the overall package, announcing the specifics of the strategy in a media discussion after chairing a meeting.

Speaking on the occasion, the Prime Minister claimed that the damage caused each year by rainwater in Karachi during the monsoon is due to illegal drain building. Before withdrawing the intrusions, the Prime Minister specifically ordered that alternate plans should be made in advance for the worthy citizens of Karachi.

While chairing a high-level meeting to review the projects initiated under the Karachi Transformation Program, Prime Minister (PM) Imran Khan ordered the authorities concerned to provide alternative housing for people living in illegally-built houses and settlements along nullahs before the city’s invasion campaign began, a news source said.

As mentioned earlier, the PM has been told that under the Karachi Transformation Plan, 100 projects amounting to PKR 1.117 trillion will be completed. Commenting on the growth, the PM said that redressing the problems of the city on a sustainable basis is as relevant as completing these projects in a timely manner.

Furthermore, PM Khan ordered the officials concerned to set up a committee to devise suggestions for enhancing the utility and ability of the K-4 project to provide people with water.

The simplification of the NOC procedure and the approval process for providing new electricity connections were also directed by Prime Minister Imran Khan. He chaired a weekly meeting of the National Coordination Committee on Building, Housing, and Development.

The PM has now confirmed that there is no power shortage in the country and thus there is no reason for the delay in the provision of a new link. He said that the government wants to provide people with housing, so services and basic processes should be assured.

The PM made it clear that because the current system is causing difficulties for the building industry, it is important to shorten the lengthy approval process for utility connections.

He ordered that no extra pressure should be levied on those who wish to receive loans under the Naya Pakistan Housing Scheme for the building of their houses.

Briefing the meeting on Pakistan Quarters’ residential project being implemented in Karachi, Secretary of Housing and Works said 600 apartments would be built under this project.

On this occasion, the Prime Minister tried to provide facilities for overseas Pakistanis who are preparing to invest in Pakistan. The meeting was told that an online mechanism for NOC needed to get new gas connections is being created.

Previously, Syed Zulfiqar Abbas Bukhari, Special Assistant for Overseas Pakistanis, called on Prime Minister Imran Khan. At the conference, the building scheme of 1500 houses under the Workers Welfare Fund was debated in depth.

This project would have all the necessary amenities for inexpensive and low-price residential houses and will be inaugurated next January. The Prime Minister, appreciating the program, said this is a tangible expression of the government’s devotion to providing the masses with affordable residential schemes.