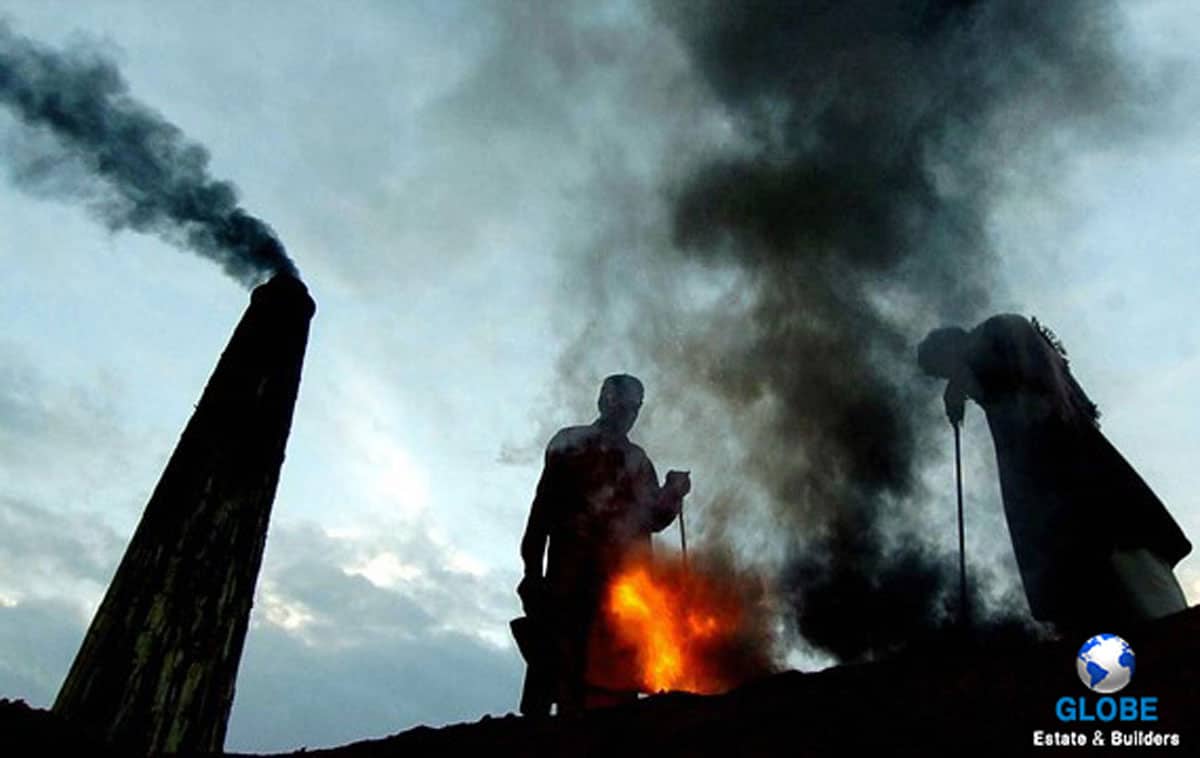 For the last week, smog has been covering the plains of Punjab. The toxic air has made it impossible for individuals to breathe.

Farmers have also been banned from burning crop residue by the provincial government. The government has ordered the closing of thousands of brick kilns in 18 districts throughout the province in a similar effort.

Officials state that if the Punjab kilns were not moved to alternate technology by December 2020, they will be closed permanently. Brick prices will shoot up with the closure of kilns. In the days to come, they’re likely to go higher up.

Experts say, however, that, in order to overcome smog, the government should also take steps to avoid air pollution caused by vehicles.

So, as per the Lahore High Court verdict, brick kilns across Punjab will remain closed from November 7 to December 31 to fight smog.

Verdict Of Shutting Down Brick Kilns

The three-page verdict, issued by Justice Shahid Karim, claimed that on September 16, the secretary of Punjab’s Environmental Protection Department held a meeting with the association of brick kiln owners and agreed that brick kiln owners would shut down on those dates. It is commendable that this voluntary action is carried out on their behalf, in letter and in spirit.

Specific guidelines have been given to the DCs on the burning of stubbles, pollution of brick kilns, industrial units and solid waste burning in winter to curb the smog.

The Chief Secretary has been ordered to hold meetings every two weeks with the Chairperson of the Commission on Water and the Environment to evaluate the situation and decide if the directions are being followed.

At the next hearing on September 24, the court also ordered the Environment Department to send a report on anti-smog towers.

Last year, Lahore’s air pollution levels were stated to be among the worst in the world, and Amnesty International released a statement that Pakistan’s unhealthy air quality violates human rights.

According to a World Health Organization study on air quality and child health, at least 95 percent of all children in low- and middle-income countries have been exposed to unhealthy levels of air pollution.

A study prepared by the Children’s Hospital in Lahore showed a three-fold rise in admissions in the past decade for chest or cardiovascular complaints.

Air pollution affects each organ of the body, according to WHO, and can result in brain deformity and stunting.

Zig-Zag Technology To Be Introduced In Brick Kilns

According to the Pakistan Environmental Protection Agency, the government has also ordered that all kilns be converted to ‘zigzag’ technology, a design change that makes fuel use more efficient. No deadline has been identified for the move.

Combined with the use of an air blower, an internal zigzag structure in kilns can cut coal consumption, significantly reduce emissions and improve the quality of the bricks made, said Malik Amin Aslam, Prime Minister Imran Khan’s advisor on climate change issues. However, traditional kiln owners claim a shutdown of no more than a month and rely on government support to modify the design.

Mehar Abdul Haq, the owner of the brick kiln in the Kasur district of Punjab, said the kilns should be closed for no more than 30 days, or only on days when smog occurs. He said about 20 kilns are in the process of being converted to zigzag technology in Punjab, with five or six using it now.

Effect On Environment Due To Smog

Smog is a combination of ozone-forming air pollutants mixed with sunshine. Depending on its position, ozone can be helpful or negative, good or bad. Health conditions such as asthma, emphysema, chronic bronchitis, and other respiratory problems, as well as eye irritation and decreased susceptibility to colds and lung infections, can be caused or exacerbated by smog.

In smog, ozone also prevents the growth of plants and can cause significant damage to crops and forests.

Anyone who engages in strenuous outdoor exercise can experience smog-related health effects, from jogging to manual labor. Physical exercise makes individuals breathe faster and deeper, exposing more ozone and other contaminants to their lungs.

Effect On Property After Closing Bricks Kilns Due To Smog

Lahore, Kasur, Sheikhupura, Chiniot, Okara, Faisalabad, Sahiwal, Multan, Khanewal, Nankana Sahib, Hafizabad, Narowal, Vehari, Sargodha, Jhang, Pakpattan, Sialkot, and Gujranwala are the cities in Punjab where kilns using outdated technology will not be permitted to operate during the next month.

Smog, appropriately referred to as the fifth season of Lahore, has been depriving people of sunshine and dusk-hour beauty as layers of poisonous smoke from November to February for the last four years.

This year, the situation got worse as the Punjab government declared the closure of schools due to thick smog for the first time. Residents accuse the government of taking inadequate steps to manage the situation, even though the administration maintains that attempts are being made to deal with the smog.

Smog is a particular problem in Pakistan from late October to mid-January. We cannot put an end to smog at all, but we can try to minimize it at all levels through different steps. Smog has disturbed the property and real estate business in Pakistan especially Lahore for past years. The construction and raw material rates have significantly increased after the closing down of brick kilns.